For the last thirty years the Living Archive Band has been creating original music and lyrics inspired by stories and memories held within the Living Archive collection. Many of these songs relate to the First World War. Our project will focus on three aspects, the creation of new music, re-mastering of existing songs to add to digital stories, and a final public performance. 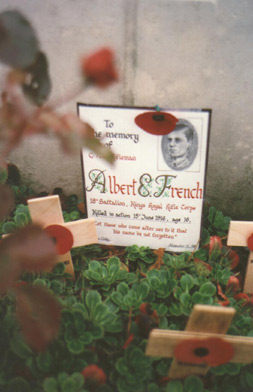 Creation of new music - workshops facilitated by professional musicians will target local young people in schools, colleges and music clubs. Participants will be given transcripts from oral history interviews collected about the First World War to inspire their song writing. The resulting songs would be showcased in a special concert to mark the end of the project.

Creation of musical digital stories - groups of participants will work with Living Archive to re-master existing songs which were first recorded over 30 years ago. They would create new musical arrangements to reflect new members and instruments currently in the band. The songs would then be used as background music on 10 specially created digital stories using First World War images to further bring the songs to life. These digital stories would be circulated as widely as possible using social media, websites and You Tube.